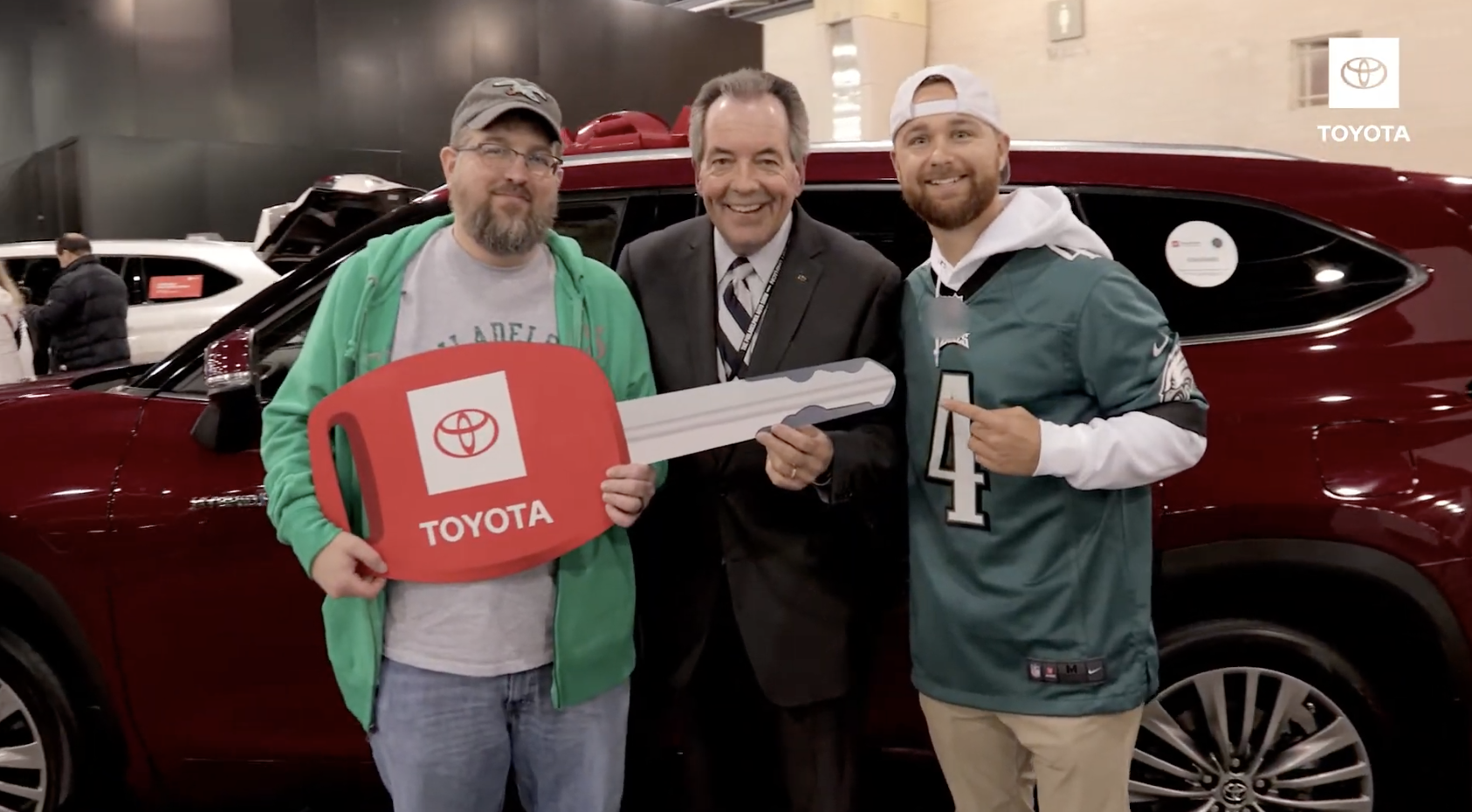 Five Story media was proud to work with Toyota and the Philadelphia Eagles on a season long promotion allowing people to sign up to win a Toyota after every Eagles game. As part of the promotion, weekly winners would be invited to the Auto show and for one lucky weekly winner, they would be recognized and surprised with a new car. Five Story Media coordinated with talent to film Eagle Jake Elliott, Swoop and the surprise of the new car for the winner, edit the video and deliver the final product with a 24 hour turnaround.